A card you will never have, Chris of Nachos Grande was kind enough to send me this custom Verlander.

I tried making a 1988 Topps Future Star John Smoltz, but somehow got distracted enough from other this to get it done.

Love the card! Thanks Chris! 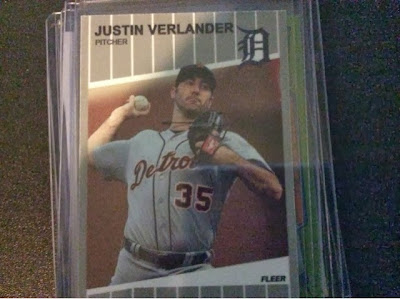 Ryan of OH NO! Not Another Orioles Blog! sent me a slick PWE this week....

Ryan was happy to send these Tigers my way...especially the Ecto-Cooler edition of Tui 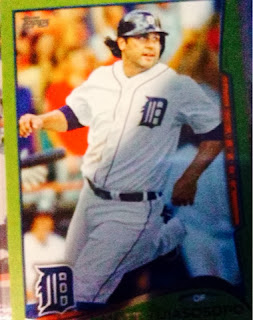 The whole reason I got back into the hobby was to get some ink on my old cards, so I started sending out some envelopes simply asking former Tigers for their Herbie. 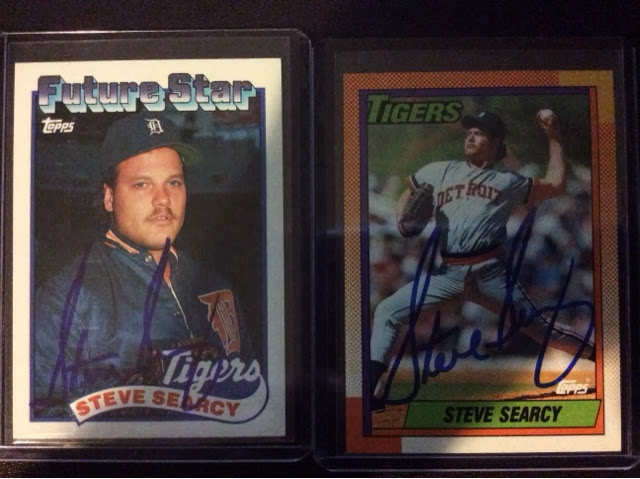 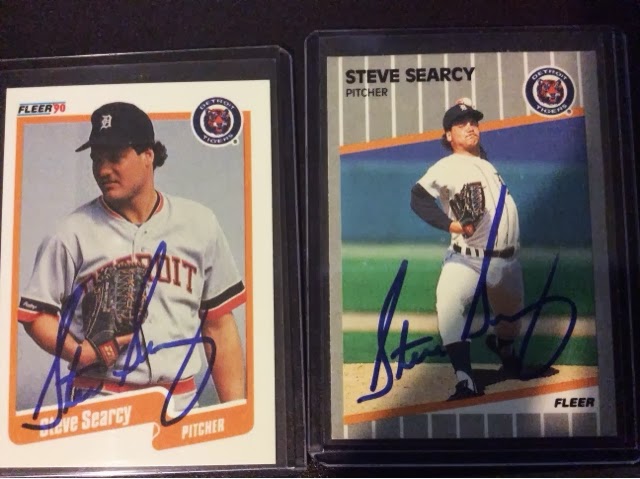 The newest hitting coach for the Motown Kitties sent me back a nice envelope of signed cardboard... 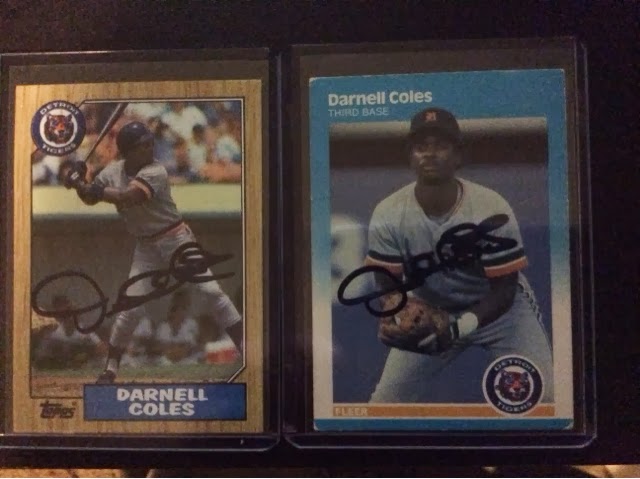 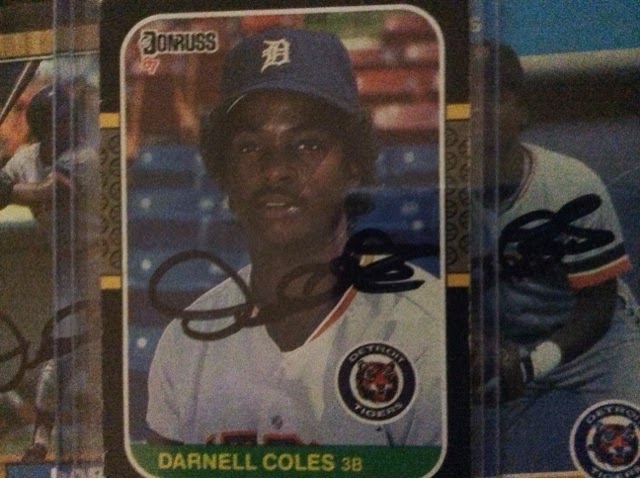 Baseball is near my friends
Keep it hot on the corner, pat
Posted by bigbern28 at 4:58 AM No comments:

Many of you probably already know of the fabulous blog of Jaybarker's Junk, but my PWE pal Wes is attempting to make a flagship set entirely of paralells.  So if you wish to send your unwanted color cards to a better home start with Project Technicolor.

Now to me, and my needs.

and sent the parallel Tigers to me!

Keep it Hot on the Corner, Pat!

Over the course of this blog's history I have kept track of how many Tigers are added monthly.

I am so looking forward to this season of collecting, with Donruss hitting the shelves again, Heritage.  Most of my collecting centers around team collecting and can usually be accomplished in one fell swoop "on the bay", but this anticipation may have me looking forward to better weather and summer baseball.

The Trammel Gem 10 collection got off to a perfect start with these two: 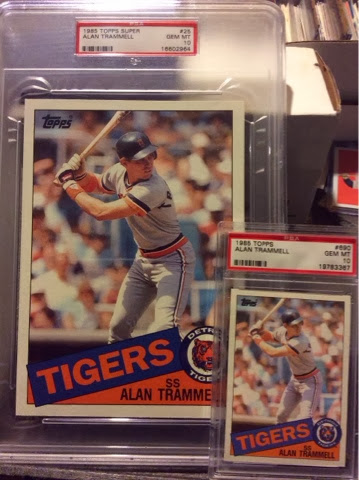 Here are some other cards that didn't make the monthly headlines.

Keep it Hot On the Corner, Pat.

Email ThisBlogThis!Share to TwitterShare to FacebookShare to Pinterest
Labels: Tigers on the Wall

I don't know what it was, but I was pretty anxious for the release of Topps 2014 Series 1.

Not that I am crazy about this year's design, it must be the cabin fever of winter that looks to something new in anticipation.

So I hopped on over to the LCS on OPENING DAY, and picked up a jumbo box.

My youngest son helped me open the ten packs, similar the The Count on Sesame Street, One Pack, Two Pack...HA HA HA!

The box yielded some nice pulls..... 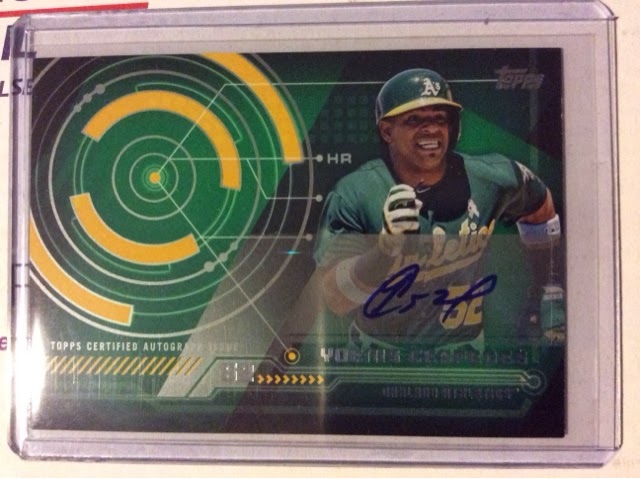 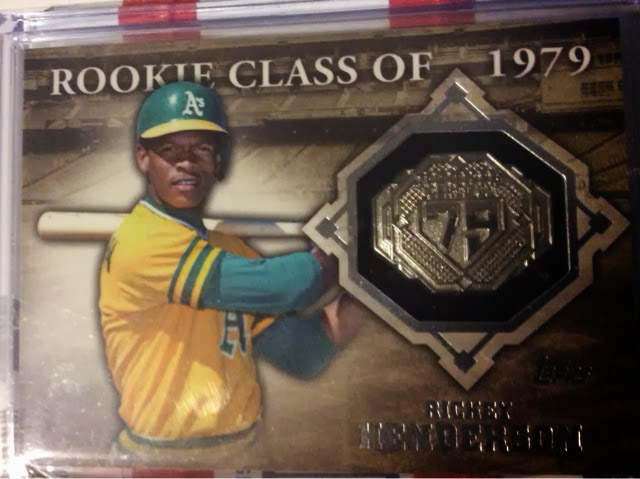 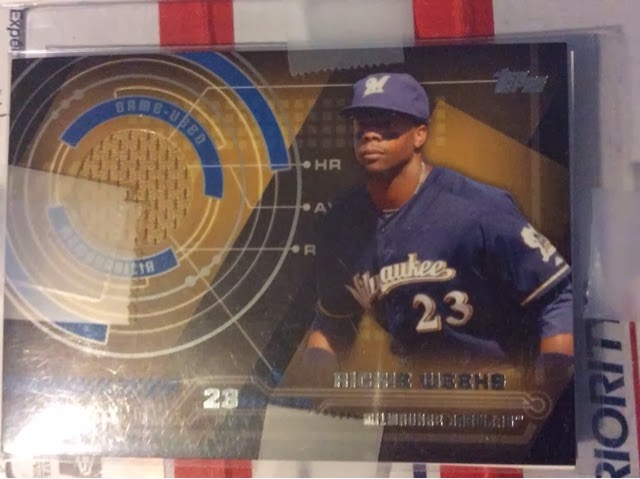 Why do I always pull Reds' players?  A PWE sent to Nachos Grande.

However, the pinnacle of the box were three different Verlander's 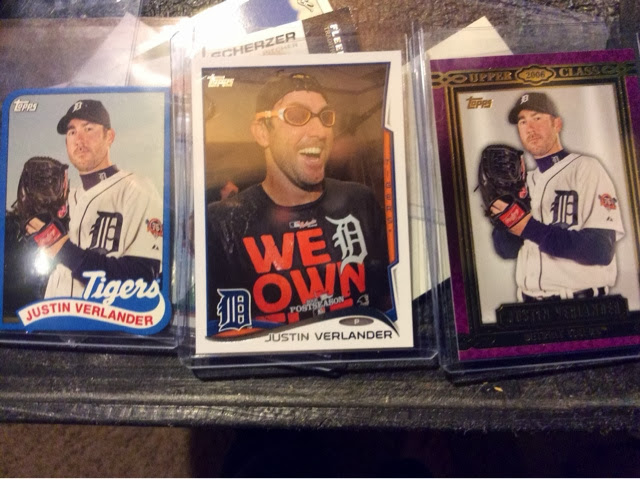 The Short Print, The 1989 Mini, and TWO Upper Class

Also got these to start the blue set 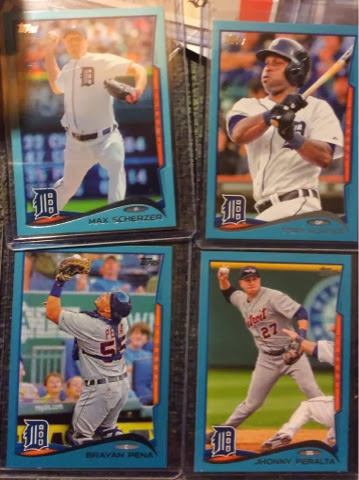 This is my best box ever, in terms of Tiger pulls, PWEs hit the mail Thursday